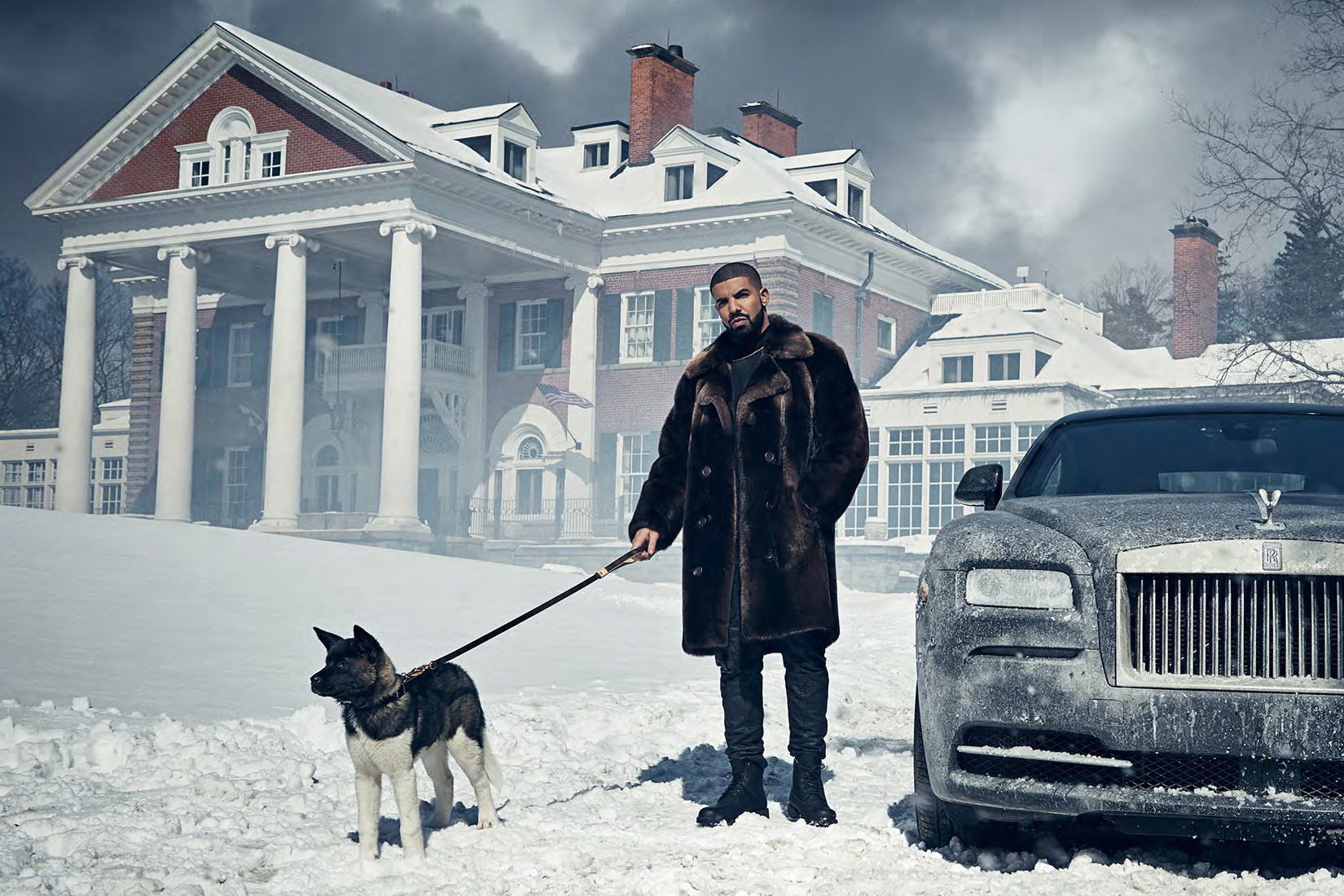 Note: This Review is Courtesy of
www.pitchfork.com
Click on the photo to be directed to their site to read more interesting reviews of various artist

Drake's fourth proper album feels claustrophobic and too long and weirdly monotone, but the occasional tweaks in sound lead to a few great moments.

“There are three things extremely hard: steel, a diamond, and to know one’s self.” — Benjamin Franklin

Know yourself, the theory goes, and you will know all. The world will open up to you. Existence will be made plain. You will be one with the matrix. Yadda yadda yadda. From arenas to memes, Drake has always had a skill for turning his innermost thoughts, feelings, and anxieties into breakthrough group therapy sessions—he articulates what we know to be true and then lets us rap or sing those truths en masse, exalting in common bonds that are as vulnerable as they are revealing. When he confides his fears, we become a little more fearless. When he turns his woes into anthems, we all get lifted. But there is a razor-sharp line between self-awareness and self-absorption: Whereas self-awareness can expand wisdom by reflecting it outward, self-absorption often festers, drawing things in only to let them rot. For the past seven years, Drake has expertly glided along that line. But on his fourth proper album, he edges closer than ever to a mirrored abyss, a suffocating echo chamber of self.

The record is called VIEWS but its perspective is decidedly singular. “This album, I’m very proud to say, is just—I feel like I told everybody how I’m actually feeling,” Drake told Zane Lowe in a toothless recent interview, differentiatingVIEWS from his previous work. This might seem like a ridiculous distinction—there’s never any question that Drake is the star of his own show—but it’s apt, and it hints at why this album feels like more of a claustrophobic mindfuck than a collective catharsis. VIEWS is what happens when venting turns into whining. Spanning an obnoxious 82 minutes, the record goes through several musical and thematic phases, but the overall atmosphere is bitter, petty, worn-down. It confuses loyalty and stagnation, wallowing in a sound that is starting to show its limits.

Until the last minute, the album was to be called Views from the 6, and it still serves as an ode to Drake’s hometown of Toronto. After having other producers handle the lion’s share of beats on his lasttwo mixtapes, Drake's longtime musical consigliere, Noah “40” Shebib, returns to the head of the table here, with production credits on 12 of the album’s 20 tracks. The atmosphere 40 creates with his music is now synonymous with Drake’s Toronto; the harsh chill of winter is brought forth via cold snares and ice-cube synths, with the summer’s relief often rendered through sped-up ‘90s R&B samples that quietly churn in the background. It’s essentially a screwed-down take on Kanye West’s chipmunk soul, and it has provided a perfect backdrop for Drake’s poignant introspection while ushering in an entire stage of hip-hop’s evolution.

But on VIEWS, the style is simply getting tired, its wintry mood now actively blocking any springtime salvation. It’s also bringing out some of Drake’s most self-loathing tendencies, playing into his groaning paranoia on tracks like “9,” where he laments, “Life is always on, man, I never get a break from it/Doesn’t matter where I go, I can never get away from it.” Songs like these play out like dour self-fulfilling prophecies, puffed-up bad attitudes drunk on their own misery. They also expose the downside of a “no new friends” mindset and how a bunker mentality can snub out curiosity. Marked by frigidness and a furrowed brow, much of VIEWS may be true to Toronto’s darker months, but it also makes the city sound like a pretty inhospitable place.

Fact is, the 6 is one of the most multicultural places on Earth, a sprawling metropolis in which more than 140 different languages and dialects are spoken. And it’s when VIEWS embraces this more inviting and open-minded side of Toronto that it points to a better way forward. Drake’s fascination with the city’s Caribbean enclaves take root in the effervescent rhythms of songs like “With You,” “One Dance,” and “Too Good”—all of them featuring welcomed guest vocals that break up the monotony and also allow Drake to get out of his own brain for a second.

Rihanna co-stars on “Too Good,” finally offering a counterpoint to Drake’s constant disappointment with the opposite sex; when she sings “You take my love for granted, I just don’t understand it,” she’s giving voice to all of the women Drake has spurned on record over the years. (Perhaps tellingly, she only gets to sing the line alongside her duet partner.) Because while Drake’s relationship dissections were once questioning and openly hurt, they too have hardened—at this point, it’s getting impossible to believe he’s not the one to blame for so many squandered attempts at love.

Even slight tweaks to Drake’s usual sound pay dividends here. “Childs Play” finds 40 putting his spin on New Orleans bounce, bringing out Drake’s more playful side as he raps about a lady friend who gets in a fight with him at The Cheesecake Factory and takes his Bugatti for a spin to pick up some tampons. The song’s angst plays out more like a jokey spat than another existential treatise on the hopelessness of searching for the girl of his dreams. “Feel No Ways” is another sad story, but its beat—which zips up Malcolm McClaren’s 1983 hip-hop experiment “World’s Famous”—harkens back to Drake’s masterpiece, Take Care, adding levity and the sense that these feelings, like all feelings, will not be so heavy in time. “Weston Road Flows” is another throwback, with Drake reminiscing about his salad days over a gorgeous Mary J. Blige sample, another instance of a woman’s voice helping to add humanity to the rapper’s toughened exterior. The song finds Drake looking back on his come-up with fondness and, naturally, some melancholy. But when he lets out a little cackle at the end of the track, it’s not out of spite. He sounds like he’s genuinely enjoying himself on the song. It’s nice to hear.

If last year’s If You’re Reading This It’s Too Late had Drake doing his best all-guns-blazing Tony Montana, shedding his softness for an untouchable-don pose,VIEWS has him on his Tony Soprano, trying to reach deep into his own psyche for revelations but often just falling back on a sour version of what got him this far. Perhaps its shortcomings are in part due to a cloistered view of what being candid really means. “I’m an honest person, I can’t write fiction,” Drake said last week. “It all directly has to do with me or else I can’t make the music.” While artistic honesty is certainly something to aspire to, it doesn’t have to equate with blinding selfishness or even concrete reality. Drake’s most apparent current rap peers, Kanye and Kendrick Lamar, have both let their minds wander to surreal places in order to add depth and intrigue to their own music, and nobody would accuse them of dishonesty. Such inventiveness is required for the type of longevity Drake seems to crave. Because knowing thyself is a quest. It never ends.